Guy Nicholson is the Chairman of the Harlow and Gilston Garden Town board.

Over the last 20 years I’ve been involved in regeneration projects for communities and was part of the London 2012 Olympics project, supporting local communities in shaping the Bid, the Games and the Legacy.

Playing a part in realising a new vision and legacy for Harlow is a great privilege and its reputation as a sculpture town is one that sits alongside my lifelong passion for arts and culture.

The Harlow and Gilston Garden Town heralds a brand-new chapter in the history of Harlow and this March will see the community launch of the Garden Town (HGGT).

Led by five Councils, it is a regeneration initiative with the objective of creating the town of tomorrow and enhancing the quality of life and prosperity for everyone living and working in the Harlow and Gilston areas.

Our vision describes neighbourhoods with streets and green spaces for people, with great homes that meet the aspirations and needs of a growing community, an economy where businesses can grow and jobs are created.

Sustainability will run through every element of the Garden Town, reducing the need to travel and creating a frequent and affordable public transport network.  It sets ambitions to promote biodiversity and low-carbon development whilst promoting and enabling healthier lifestyles. 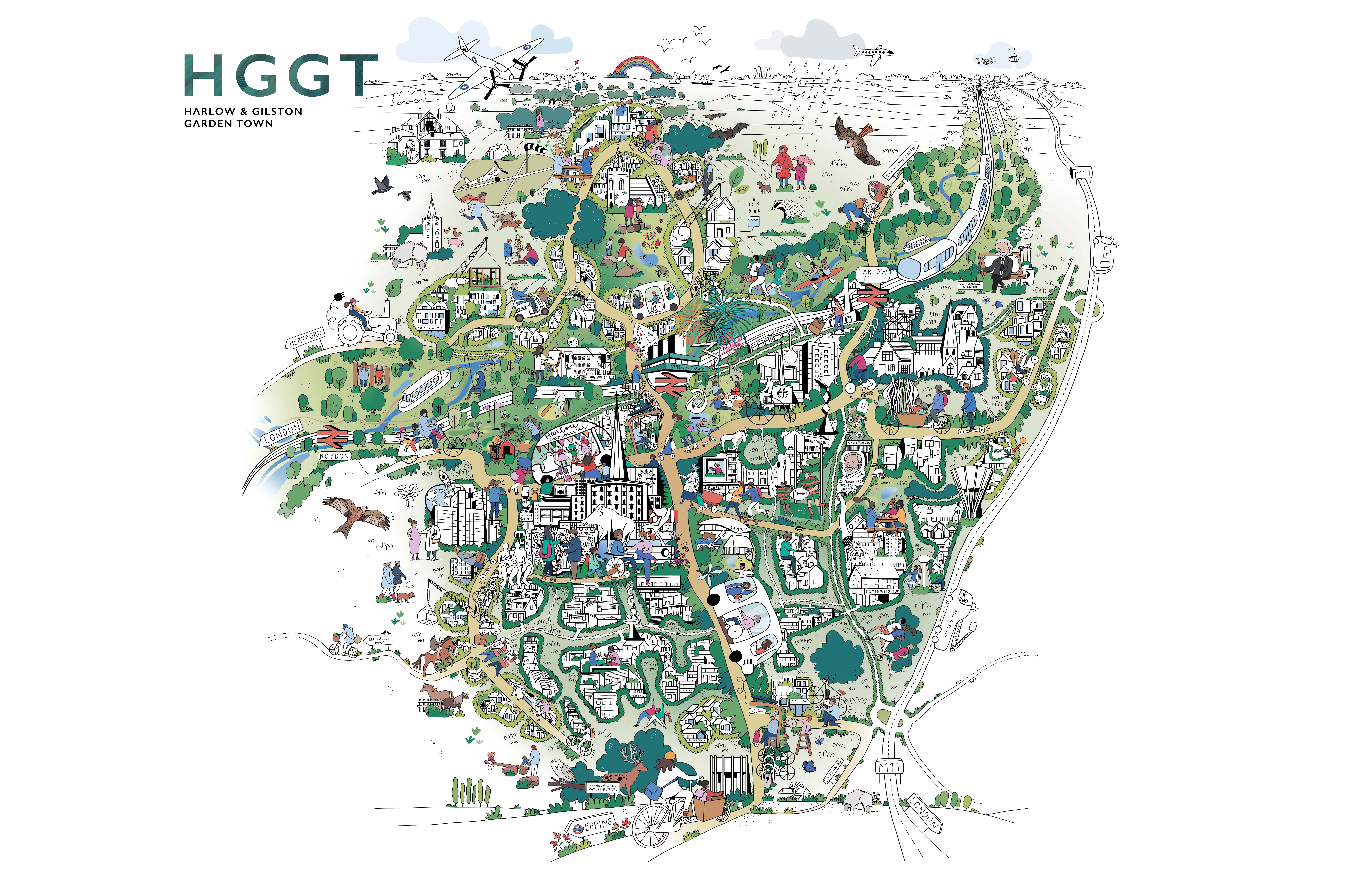 Sir Frederick Gibberd’s original Harlow blueprint set out the requirement for Harlow New Town to evolve as the needs of each new generation demanded. The Garden Town is our response to that foresight, and just like Sir Frederick Gibberd and his colleagues, our ambition is to ensure that the arts play a central role in shaping our 21st century response.

We value our role as a Harlow Ambassador and recognise the strength of the Ambassador programme, and so you will shortly receive a personal invitation to the HGGT launch event to be held on 18 March at the Harlow Playhouse.

To take Harlow forward we will need a consensus that is built on understanding, sensitivity, imagination and hard work and I’m confident that our launch event will inspire you to share those aspirations because, together, we can realise the extraordinary.

I hope you are able to join us for what will be a great evening to celebrate the start of this new chapter in Harlow’s story.