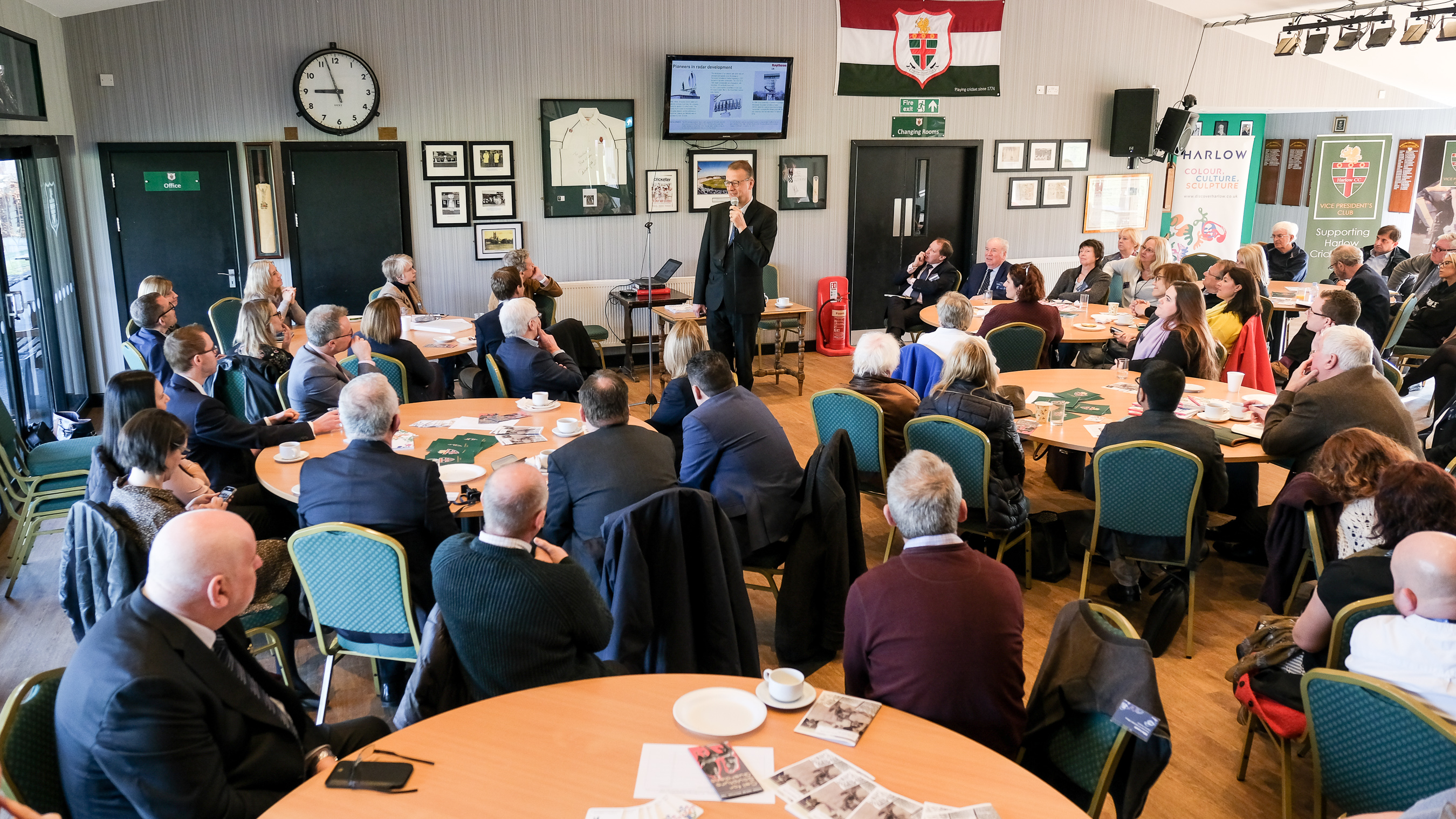 Our Ambassadors met at Harlow Cricket Club on 27 February for the third Harlow Ambassador meeting.

Ambassadors meet regularly in one of Harlow’s exciting venues to network and hear first-hand the latest news about the town, which they can share with their contacts.

At the meeting Ambassadors heard from:

Dr John Keddie, Chair of the Harlow Place Board also spoke about two of the town’s sculptures, Rodin’s Eve and Elizabeth Frink’s Boar, which were recently featured in a Guardian article on the Art UK public sculpture catalogue.

The Ambassadors Programme is an opportunity for businesses of all sizes to get involved in the promotion of Harlow. If you would like to be an Ambassador or would like more information email discoverharlow@harlow.gov.uk